By 2030, roughly three of every five people on the planet will live in cities. How prepared are cities to serve their older residents? Based on a report released today, Age-Forward Cities for 2030, the answer seems to be: not very. But, according to the report’s authors, Nora Super and Caroline Servat at the Milken Institute Center for the Future of Aging, a few large and small U.S. cities get it and have launched practical initiatives to become more age-friendly.

They include New York City, Los Angeles, Pittsburgh, West Sacramento, Calif., Louisville, Kansas City, Mo., Washington, D.C., Chicago and Tampa, Fla. “We’ve seen some progress, but many cities aren’t paying attention to aging,” said Super, senior director of the Milken Institute Center for the Future of Aging. Successful aging in America’s cities has been a major focus for the Center for the Future of Aging in recent years. Added Servat, the Center’s associate director: “We found mayors rarely mentioned older adults in connection with the economic growth of their communities. That’s a missed opportunity.”

Already, eight in 10 U.S. residents 65 and older live in metropolitan areas; the Milken Institute Center for the Future of Aging calls cities “ground zero for the demographic shift.” Why Aren’t There More Age-Forward Cities? Why are so few cities and their leaders working to be age-forward? As my earlier article on the paucity of age-friendly cities noted, it typically doesn’t seem urgent to them. “Population aging is a slow moving challenge,” said Servat. The Center’s challenge to cities and their leaders: getting them to move aging to the top of their policy agendas. Becoming age-forward isn’t just a nice idea for cities and their older residents.

It’s a necessity. Already, eight in 10 U.S. residents 65 and older live in metropolitan areas; the Milken Institute Center for the Future of Aging calls cities “ground zero for the demographic shift.” But, the report says, “realizing the benefits of an older population — while addressing the difficulties and realities — will be one of the great human challenges of the 21st century.” The urgency of becoming age-forward is why the Milken Institute Center for the Future of Aging made 2030 a goal for cities. “We see this as a call for action to invest in solutions to employ the human and social capital of older adults,” noted Servat.

Key Priorities According to Urban Experts For its report, the Milken Institute Center for the Future of Aging asked 146 experts on aging, public health, urban planning and related issues to rank in importance age-forward priorities and strategies.

Among their conclusions: The most critical policy intervention for city leaders to better prepare for the future of aging by 2030: housing that is safe and affordable.The best ways to shape employment opportunities for older people: flexible work arrangements, skills training and broader access to employment programs.The economic development strategy most critical to address the challenges of population aging in cities: expanding age-friendly commercial districts and housing developments.The home-health and home-care field is unlikely to find enough workers to fill the coming need by 2030.

What Some Age-Forward Cities Are Doing A few examples of age-forward cities featured in the report, and insights shared exclusively with Next Avenue by some of their initiatives’ leaders: Los Angeles: The city and county have embarked on an ambitious regional Purposeful Aging project to make the area the “best place to grow old in the world,” said Laura Trejo, general manager of the Los Angeles Department of Aging. It will include more affordable and accessible transportation; safer streets and sidewalks; preparing the health care industry’s workforce for the aging population; prevention and responses to wandering among people with dementia. Washington, D.C.: Its seven-year-old Age-Friendly DC initiative includes a Safe-at-Home program with home adaptation grants to help residents age in place; zoning revisions allowing Accessory Dwelling Units (where, say, parents can live in small homes on the property of their adult children); construction of more than 500 units of below-market-rate housing for older residents including ones for those raising grandchildren.

Tampa, Fla.: The city is partnering with the Florida Department of Health create the nation’s first Age-Friendly Public Health System. “As the state with the largest proportion of older adults, it is no wonder that Florida was selected to pilot” that initiative,” said South Florida gerontologist Kathy Black. And Tampa is working with Humana to test out the Miami-based “Grandkids on-demand” startup, Papa, pairing young adults with Medicare beneficiaries to help with household tasks.

Kansas City, Mo.: The older adult population is growing faster than any age group here, but Kansas City is losing boomers and pre-retirees. So, the Mid-America Regional Council has been working on ways to make the metro more age-friendly, including applying an “age-lens” to city, parks and strategic plans. “Older adults still have a lot to contribute as workers and volunteers,” said Cathy Boyer-Shesol, project manager for KC Communities for All Ages of the Mid-America Regional Council.

Tama Duffy Day, a principal at the Gensler architectural firm, told me “at the moment there is no plan for these ideas to become reality,” but that her firm would “welcome any opportunities to expand our thinking into any community and/or neighborhood. Of course, money can help make a city age-forward. But, the Milken Institute researchers found, serving older residents requires more than that. “It doesn’t just take capital. It takes an all-hands-on-deck approach,” said Servat. “The first step is for cities to realize there is value in approaching their aging population as part of the solution to the many challenges they’re already looking it.” Richard Eisenberghttps://www.nextavenue.org
Richard Eisenberg knows money and career topics can be stressful for Next Avenue readers. That's why he has made it his mission to write and edit stories which are practical and useful to hopefully relieve their stress and put setbacks (whether personal, national or global) into perspective. As the Managing Editor of Next Avenue and the editor of its Money and Work & Purpose channels, Eisenberg, also a frequent blogger for the site, aims to help people manage their personal finances, find jobs, switch fields, volunteer and find purpose in their lives. “Whether geared toward our readers, their older parents or their millennial children, I’m interested in trends, new laws and new programs, preferring to cover them in a holistic way,” says Eisenberg. A graduate of the Medill School of Journalism at Northwestern University, Eisenberg has been working in the spheres of work and personal finance for decades. His first job out of college was as a fact-checker with Money magazine. Eisenberg made his way up the ranks, eventually being named executive editor. He remained at Money for 19 years, went on to become the money and special projects editor at Good Housekeeping and then the front-page finance editor for Yahoo! The author of two books: How to Avoid a Midlife Financial Crisis and The Money Book of Personal Finance, Eisenberg is an avid reader with interests ranging from novels to nonfiction. Eisenberg and his wife, Liz Sporkin, live in New Jersey and are parents to two talented sons; Aaron, 31, a screenwriter, actor and comedian, and Will, 29, a director and screenwriter. The pair, who live in Los Angeles, are screenwriting partners. With a goal of encouraging Next Avenue readers to find their purpose, Eisenberg has clearly discovered his own. “I’ve never been interested in stories about making rich people richer,” he says. “I like to find ways to help people manage their money and make their careers better. And I want to help them be happier.” His email is reisenberg@nextavenue.org and his Twitter handle is @richeis315

Sondaggio : “Nuovi temi per i Longennials”

Caring for an Aging Nation

“Over 65” una risorsa per il paese 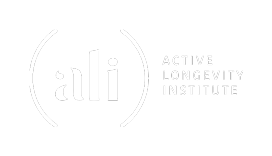